In June of this year the Rotary Club of Galion donated $550 to Resource Centers International to honor the lifelong work of Father Bob Haas. They requested that RCI open a resource center in Father Bob’s name. Soon after this request was made Father Bob became ill and succumbed after a valiant fight. Bullet Tree Falls is just one of the many communities that Father Bob worked in while supporting the school systems of Belize. Araceli Garcia wrote the email below. She is one of the many hearts that Father Bob has touched. Her email is in response to our request to support the founding of a Resource Center in Father Bob’s name. 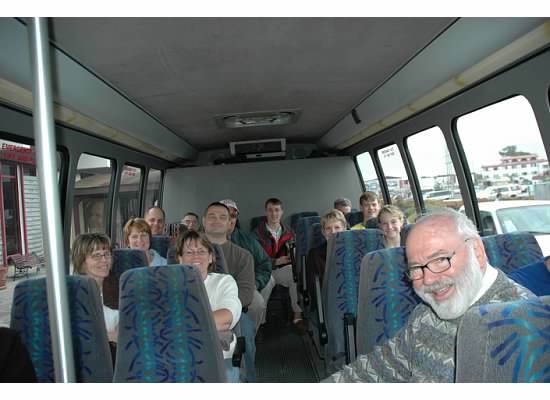 We’ll all miss you Fr. Bob!

It’s a great thing to do especially when it is in memory of Fr. Haas. He has a special place in our hearts here at Bullet Tree R.C. School. We had the pleasure of working with him here and in Ohio. He was a dear friend especially to me. I would be more than honored to work with your team.

Having a resource room for our school has always been a dream. I have some students who will be staying back after classes who are in dear need of assistance especially when it comes to reading. In addition I am held responsible for past students who have obtained scholarships from a friend of mine. I am of the idea of having a brother/sister program. They will assist these children with their reading, math and science. In this way they will be contributing to the development of our children’s education and life. By the way the preschool is next to my classroom. Presently we do not have a room assigned for this new venture.

Of course Mr. Mel I would absolutely welcome such resource center. All in all I will be at your disposal if you need my assistance.

Two missions are planned for Jamaica in fiscal year 2014-15, one is late August and the other in mid winter. The process of planning for a mission involves a great deal of planning and preparation. In Jamaica we have already secured commitments from the Rotary Clubs of Savanna-La-Mar and Negril to support the opening 40 or more resource centers in pre-schools, schools and community centers in the western part of the island of Jamaica. Here in the States we have already been collecting equipment and supplies, and initiated funding and support from the Rotary Clubs of District 6600.

The major issue right now is obtaining a Global Grant to help fund the mission The budget is estimated at $33,000, meaning only approximately $9000 in club money will be needed to fund the two missions. In order to obtain a Global Grant we will need to have a District 6600 Rotary Club step up and sponsor the mission to Jamaica. This is an opportunity for club to take a major role in supporting an International Mission.

The St. David’s Episcopal Church Fair has the longest running church fair in the nation, 162 years and counting. For the third consecutive year it has donated all unsold games, toys and sporting goods to RCI. Each donation was significant; filling 4 gaylords (4′ x 4′ x 4′ container).

Inside the toy tent, one of many venues at the Fair 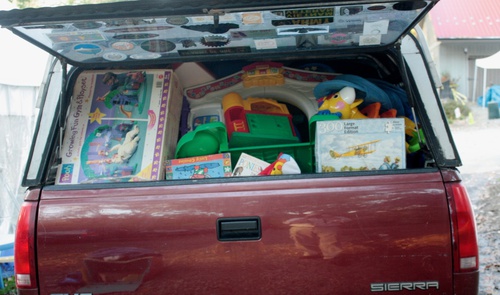 Packed from front seat to tailgate!

The following excerpts from their website help tell a part of the story of the history of the church and its participation in the growth of our country.

Toward the close of the seventeenth century a hardy group of Welsh colonists settled in an area which became known as Radnor. In 1704 a 100-signature petition for Welsh prayer books and a Bible, but more particularly for a Welsh-speaking missionary, was dispatched to the Society for the Propagation of the Gospel in London. Ten years later, in return for this long-awaited recognition, the settlers “heartily engaged themselves to build a handsome stone church,” to be named after the Patron Saint of Wales. The cornerstone was laid on May 9, 1715.

With the coming of the Revolution in the colonies, a rapidly swelling wave of resentment against the Church of England arose among the patriots of the congregation. A leader of this opposition was Anthony Wayne , later appointed major general of the American forces, who is buried in St. David’s historic churchyard. The church building provided shelter for soldiers of both sides.

St. David’s was represented in 1784 at the first General Convention of the Protestant Episcopal Church of the United States. The incorporation and charter of the church followed in August, 1792. Much-needed new life was breathed into St. David’s in 1820 with the organization of the first church school and arrangements for the first confirmation services, conducted by Bishop William White, who was to become the first Presiding Bishop.

The Old Church dates from 1715, and has been in continual use, with exception of a few years during the Revolutionary war. The Church is the subject of Henry Wordsworth Longfellow’s 1880 poem. St. David’s graveyard has been a peaceful resting place and memorial site for nearly 300 years.

Advanced programming students (juniors and seniors) from the Germantown Friends School in Philadelphia are designing academic applications for RCI in their advanced programming class. Currently computers are being sent to Belize and Jamaica loaded with business software. What has been sorely lacking are educational programs directed at preschool age children. Under the supervision of their professor, Matt Zippin, the students are resolving this shortcoming by designing educational games that will be downloaded onto computers that are already in Jamaica and Belize and all new ones sent down in the future.

The Germantown Friends School is a private institution, grades K through 12, that prides itself on its ethnic diversity and academic achievement. Founded in 1845 is currently has 861 students and 110 faculty members, 85 of whom are full-time. Thirty one percent (31%) of the student body is of ‘color’, 100% go onto a 4 year college, and in the last two years, 20 students were National Merit Semifinalists (approximately one in eight students taking the test). The Germantown Friends School also supports a nursery/preschool with children attending from infancy through the age of 5.