News You Can Use

The following websites provide free information and activities for children. They were researched by Susan Schaefer, Librarian and Sylvania Rotarian: 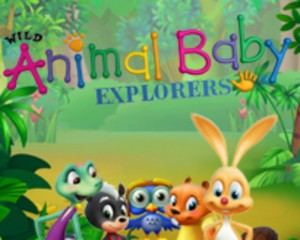 Your contribution could be mentioned here in the May Newsletter

We are pleased to add Chris Vogel (Rotary Club of Perrysburg) to our Operating Committee. His valuable contribution is to research and apply for Foundation Grants. 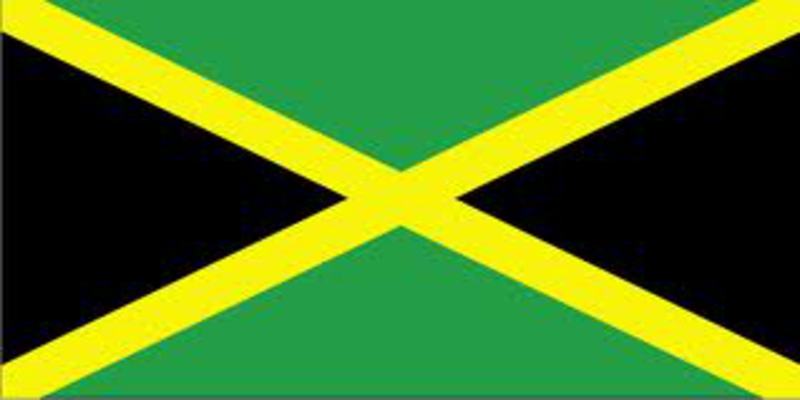 Jamaica, a mountainous island country, is blessed with fertile soil and located in the beautiful tropical Caribbean Sea. Red Stripe Beer, Blue Mountain Coffee, Reggae and international sports figures make Jamaicans proud of their heritage as a vibrant and active community interested in the betterment of their people and country.

We are putting together a mission team and need volunteers to help establish Resource Centers in the Basic and Primary schools of Jamaica. Two computer experts/engineers, two primary school education professionals and one project coordinator will make up the team that will go to Jamaica in mid-June to work hand in hand with Jamaican counterparts. During the two week mission we will set up centers in 15 schools in Westmoreland Parish. The approximate cost for each missioner is approximately one thousand dollars ($1000.00) and should cover all transportation, housing and food expenses. If interested please contact: Mel Honig, Project coordinator (email: gailmel75@yahoo.com). 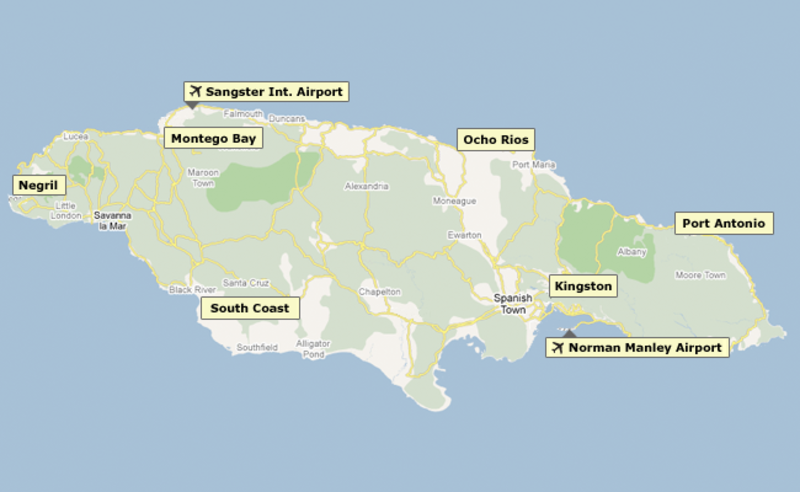 Westmoreland is where Resource Centers International (RCI) will be setting up as many as 15 centers in schools in this western province of Jamaica.

The written history of Jamaica starts in 1494 when Columbus claimed the island for Spain, with the first permanent settlement established in 1509. In 1655 the English defeated the Spanish in Jamaica. The last Spaniards fled thus ceding the island to England. Jamaica became an independent Commonwealth nation in 1962, with English law, government and language in place.

Originally settled by the Taino, this indigenous population either intermarried with the black slaves or were annihilated by first the Spanish and later the English. After outlawing the slave trade in 1803, the British imported East Indian and Chinese laborers to help fill any voids in the labor pool. Slavery itself was not abolished until 1834, with full emancipation coming in 1838. The 1834 census showed a population of 371,070: made up of 15,000 whites, 320,000 black slaves and the remainder free blacks and indentured servants (East Indians and Chinese).

Economically, Jamaica has had many ups and downs since gaining independence. The boom in aluminum mining was short lived and the initial economic growth this industry brought soon led to a bust and social upheaval as GNP fell 25% from early 1970s to 1980s: the result of a worldwide recession. Today the Jamaican government is working hard to overcome past economic and social problems caused by high unemployment and low paying jobs. Tourism has surpassed sugar cane production and the mining of bauxite as the main source of income for the island nation. Unfortunately most jobs in tourism are low paying… but still important to the economy. Jamaicans are proud to tell you that the Sandals Hotel chain is a home grown enterprise. Jamaica to this day is still the fifth leading exporting country of bauxite to the world. 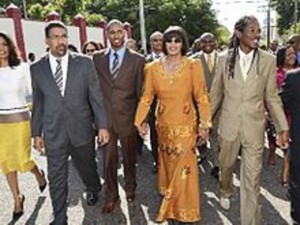 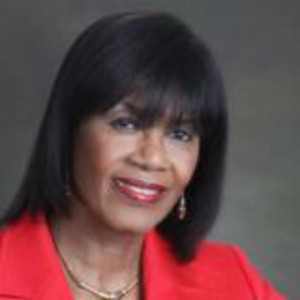 Portia Simpson-Miller, the first woman Prime Minister of Jamaica, was elected to lead the country in 2012.

Today there are nearly three million Jamaicans living on the island with a Diaspora of almost another three million scattered across the Commonwealth (800,000 in the United Kingdom) and the United States. In Toledo there is a small, but active Jamaican community. It is estimated that 60% of the Jamaicans living abroad are highly educated thus creating another problem… brain drain. Emigration is partially offset by immigrants arriving from Cuba, China and Haiti. There are approximately 7000 ex-pat Americans living in Jamaica.

Education in Jamaica, especially early childhood education has received priority status with the newly elected administration. After emancipation in 1838 the Jamaican education system established free schools for all Jamaicans. Today the school system falls into the following categories:

Tertiary education includes: Community Colleges, Teachers’ Colleges, Vocational Training Centers, Colleges and Universities – Publicly and privately owned. While there is some cost involved in attending Vocational Schools, there are programs available to help pay for vocational training for those who cannot afford the fees. Resource Centers International (RCI) is coordinating our efforts with the University of the West Indies, College of Preschool Education, located in Savanna-La-Mar. Dr. Hilda Hibbert, Savanna-La-Mar Rotarian and professor at the College of Preschool Education, is our project coordinator in Jamaica.

Education from Infant through Secondary is free with the goal of having all Jamaican youths graduate high school (secondary education). The mandatory ages to attend school are 6 – 11. Although attendance at Infant and Basic schools (2 to 5 year olds) is optional, approximately 60% of the children in this age group take advantage of this free educational opportunity. While all schools are taught in English the language of the people is Jamaican Patois. Thus when children enter school they may or may not have a good working knowledge of English. The Jamaican government has made a concerted effort in past few years to upgrade secondary schools with computers, internet and library services. It is only recently that the government is starting to work on upgrading primary schools. The following is the testing schedule for students in Primary schools. After primary school students can apply to go to secondary schools and are placed based upon their GSAT score and the preference of the student. Some high schools have competitive entrance exams and are single sex boarding schools.

The following article is the latest update on the Government’s position and efforts at updating the Infant/Basic School system in Jamaica.

Senior Advisor to the Minister of Education, Radley Lewis, addresses an early childhood development conference at the Jamaica Pegasus Hotel in Kingston, on March 25. The two-day conference, staged by the Dudley Grant Memorial Trust, is being held under the theme: ‘Early Childhood Development for Nation Building in Jamaica: Retrospective and Prospective’. The Ministry of Education has devised several strategies aimed at strengthening the early childhood sector, in light of the fact that the formative years are critical to the development of children. 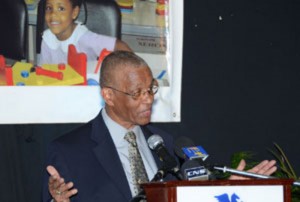 Some of the strategies include: the merging of uneconomical and ineffective basic schools into primary institutions; teacher training; the development of nutrition programmes; and forging partnerships with stakeholders, which will result in the advancement of the sector.

This was noted by Senior Advisor to the Minister of Education, Radley Lewis, at the opening of an early childhood development conference, at the Jamaica Pegasus Hotel in Kingston, on March 25.

Mr. Lewis said the Ministry intends to absorb basic schools, where possible, into infant departments of primary schools, which have space and teachers.

“ The Ministry is working fervently to provide high quality student places equivalent to 1,600 basic schools that are now too small to be economically viable within the next four years. The Ministry hopes to do so by merging them into primary schools and create infant departments,” he said.

Mr. Lewis said the Ministry will be interfacing with trained teachers continuously to place them in early childhood institutions.

“ The Ministry will address the quality of early childhood education through nutrition and teacher training,” he said, and noted that there is a shortage of approximately 4,500 early childhood trained teachers in the sector.

He pointed out that parents play a critical role in the advancement of their children, and as such, the Ministry will provide, through ‘Parent Places’, information to support this effort.

‘ Parent Places’ are identifiable locations within the communities where parents can access parenting information, courses and workshops, mentoring support from other parents, and income-support training activities. 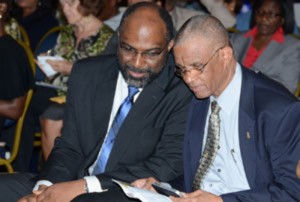 Senior Advisor to the Minister of Education, Radley Lewis (right) and General Manager of the Jamaica National Building Society (JNBS), Earl Jarrett, engage in conversation at an early childhood development conference at the Jamaica Pegasus Hotel in Kingston, on March 25.

The two-day conference, staged by the Dudley Grant Memorial Trust, is being held under the theme: ‘Early Childhood Development for Nation Building in Jamaica: Retrospective and Prospective’.

The Senior Advisor also said the Ministry is expected to upgrade several resource centres islandwide to make them available to the basic schools.

He emphasised that improving existing infrastructure and building new infant schools, through partnerships, are vital to strengthening the early childhood sector, which will ensure that children are prepared for learning at higher levels of the educational system.

“ If we get it right at the early childhood level, the primary level will increase; we will get better results at the Grade Four Numeracy and Literacy tests and we will get better and improved grades at the GSAT, and ultimately at the CSEC and CAPE levels,” he said.

He thanked the thousands of persons who have contributed to the sector over the years, especially the early pioneers, such as Dudley Ransford Grant.

“ D. R. B Grant was a visionary. He was the father of early childhood education in Jamaica. He understood the importance of this level of education to the vast majority of children between ages three to six. He knew too well that the formative years are critical to the development of children,” he said.

Of the more than 2,600 early childhood institutions in the island, 1,909 are basic schools; 134 are infant departments; 460 are privately operated institutions, such as kindergartens, and the others are nursery and day-care centres.

The conference, which is being staged by the Dudley Grant Memorial Trust, is slated to end on Tuesday, March 26. It is being held under the theme: ‘Early Childhood Development for Nation Building in Jamaica: Retrospective and Prospective’.